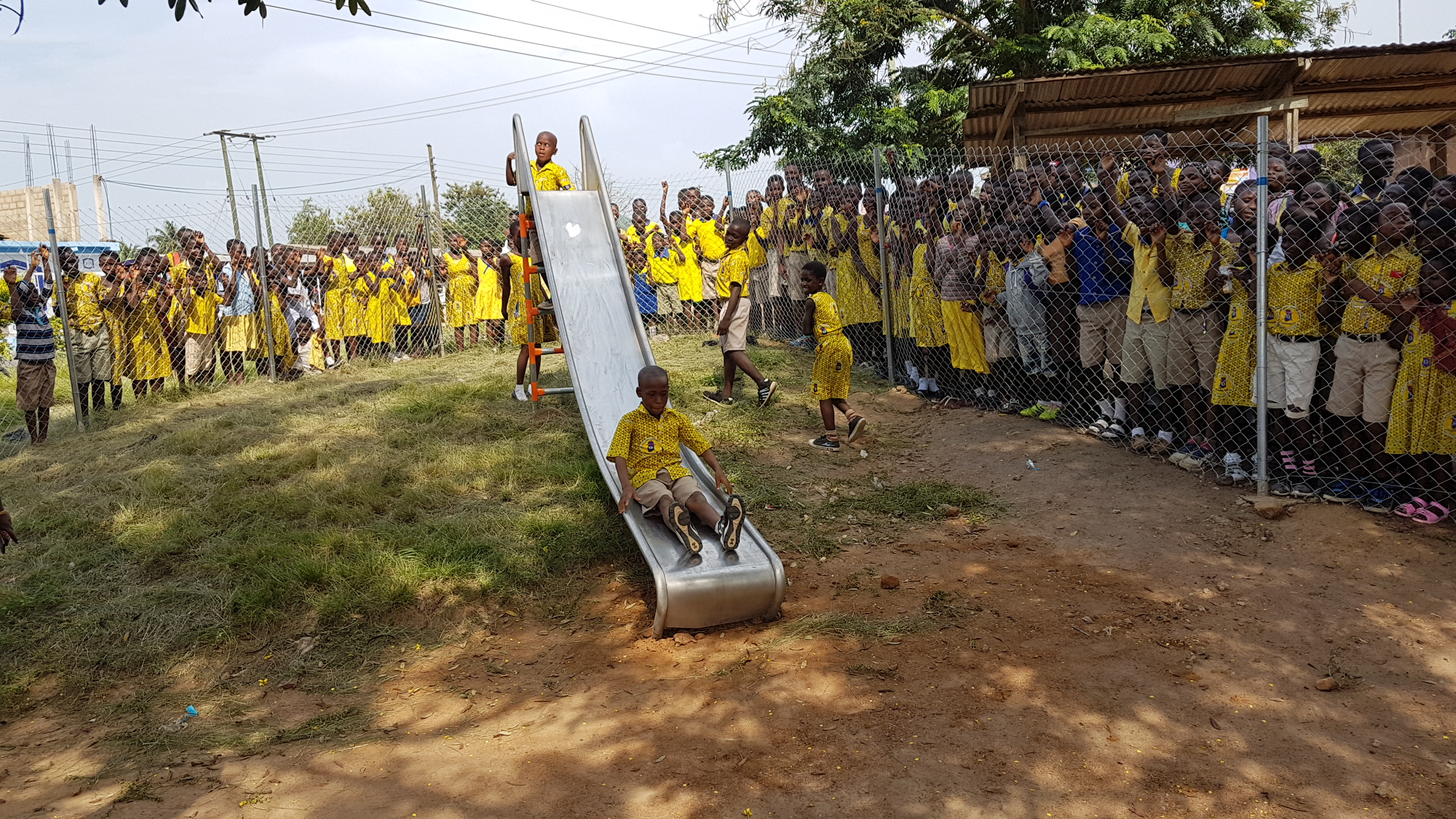 After more than 10 years in the operative business in Ghana, the requests from our local communities for support of any kind have increased. Mostly it was school or sport festivals which were supported by us with juices. 500 bottles here – 1000 bottles there… Quite nice but not really sustainable: One GLUCK and away is the refreshment.  It was time to rethink and extend the kind of support.

What every European here immediately notices: There are thousands of children, but no playgrounds.

And here in Germany? There, older playgrounds are dismantled and “disposed of”. Much too bad as we think. So why not take the playgrounds away from the German communities, send them to Ghana, and after a general overhaul make them available to the children here?

No sooner said than done: Our request by our boss Fritz Schumacher to the city of Filderstadt (Esslingen district) was answered. There were also just dismantled playground equipment, which was stored at the building authority. Some of our employees quickly showed up and loaded the equipment!

As always it takes a while until the long awaited equipment arrives in Ghana. So it took all the longer to find the necessary time to overhaul the equipment in addition to the daily business.

Finally it was done: 7 playground attractions were ready for use. Only for whom?

The idea was to donate the playground to a school. A playground at a school is, on the one hand, a diversified break design. On the other hand, the attractions can entice children to go to school and also enhance the value of the playground. Education is the key to success!

The choice fell on the Methodist School, one of the biggest primary schools in our village Bawjiase. The joy was great when we presented our project to the school management.  A suitable shady place was also quickly found. Within a week all the equipment was set in concrete and the property fenced in. 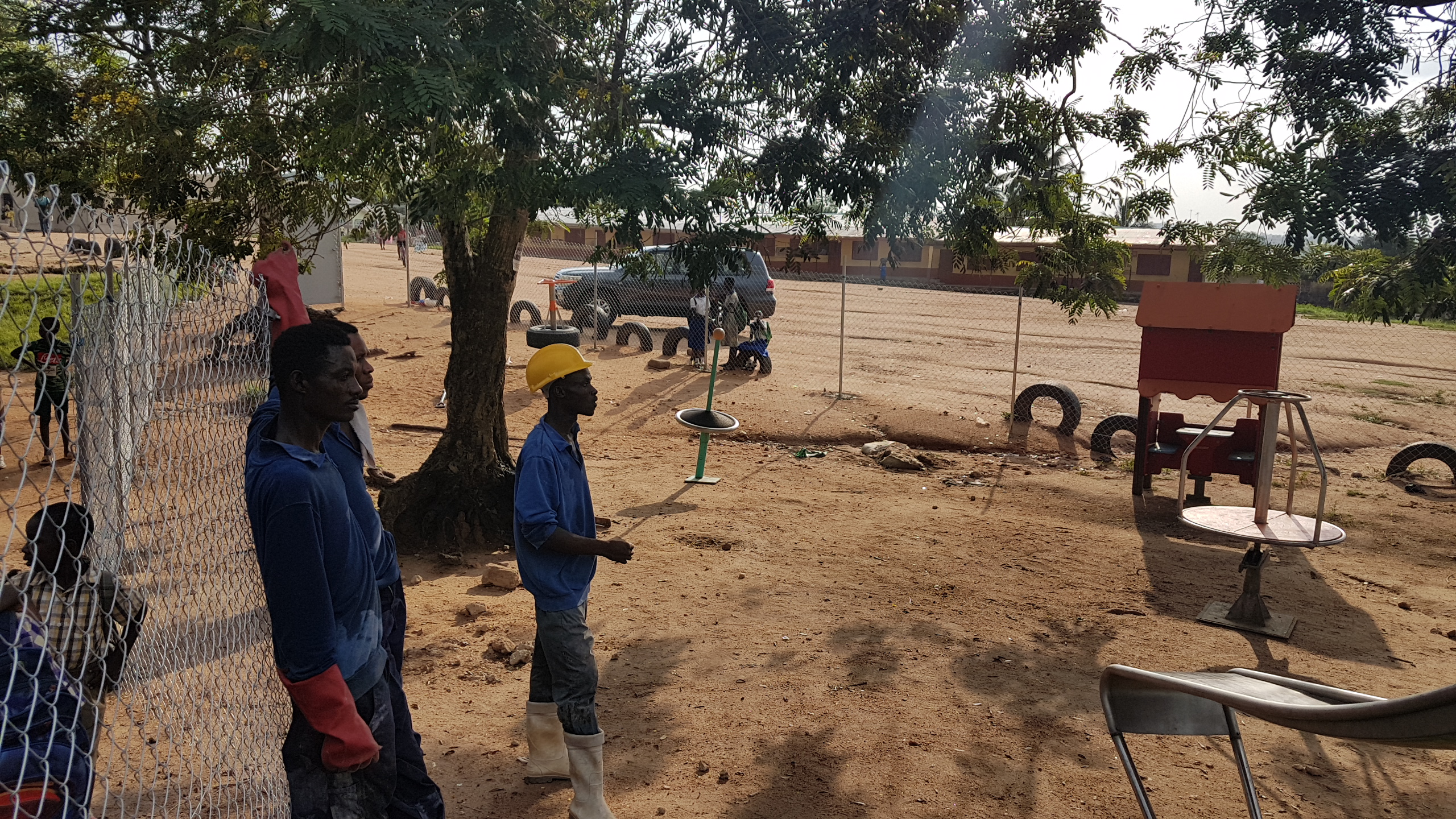 For our part, a short visit to the school was planned for the opening, with handing over of the keys and cutting of the ribbon. The “short” visit did not turn out to be anything: it was a whole afternoon: shady pavilions were erected. And besides the entire school staff, the regional police chief, the deputy mayor, the pastor and also a radio/camera team were present.  We took a seat in the front row. After an opening speech by the headmaster, there were singing and dance performances by the students. Afterwards the new facility was blessed by the pastor. 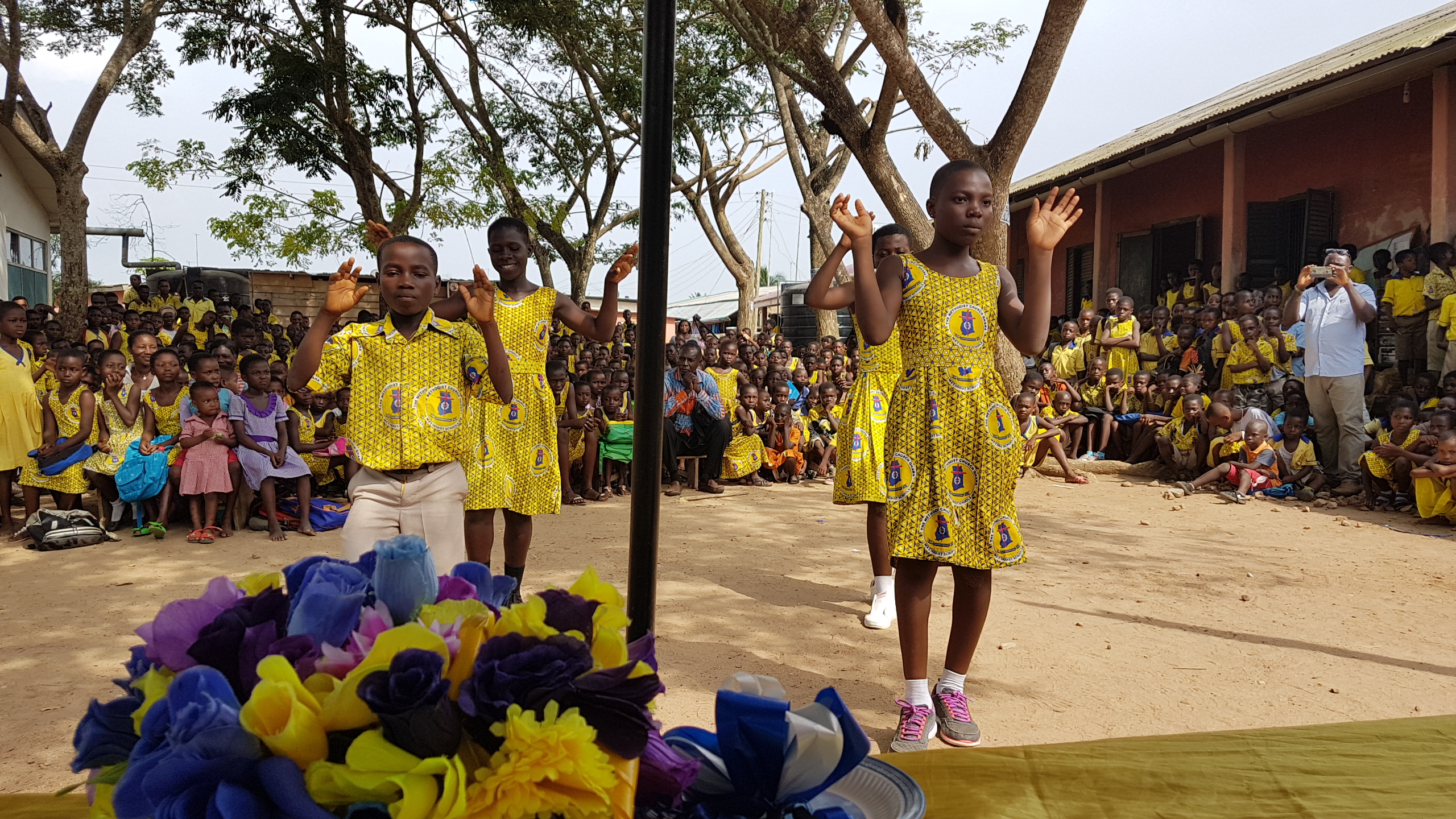 Dance performance from the box seats in the first row

Finally we went to the playground for the actual opening.  The ribbon was ceremonially cut. In groups the pupils were made familiar with the equipment. But what about the carousel? This was already occupied with the teachers! A beautiful afternoon where we learned to appreciate the gratitude of the people. With pleasure again!

Many thanks also again to the “pre-donors” of the city of Filderstadt! 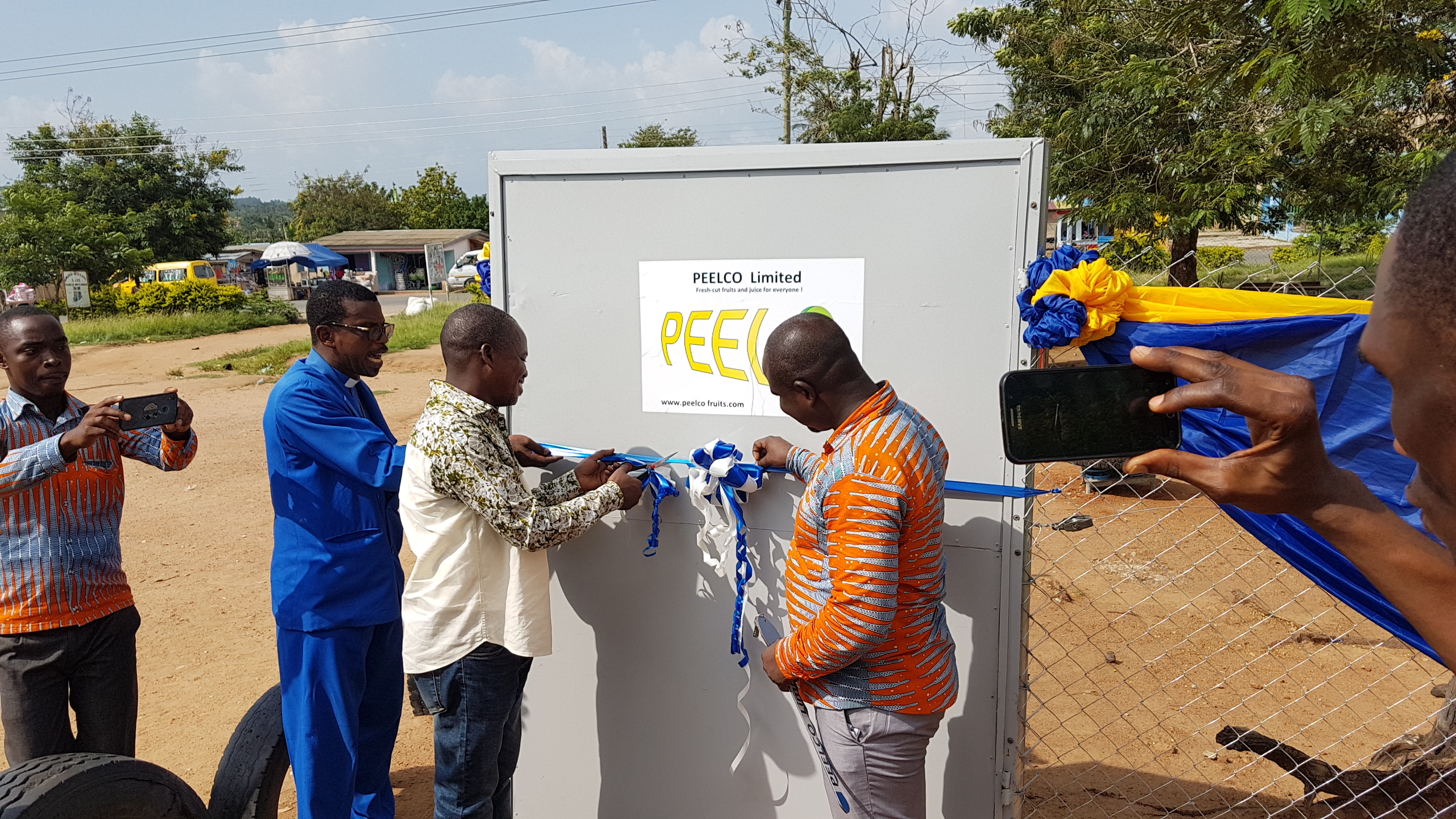 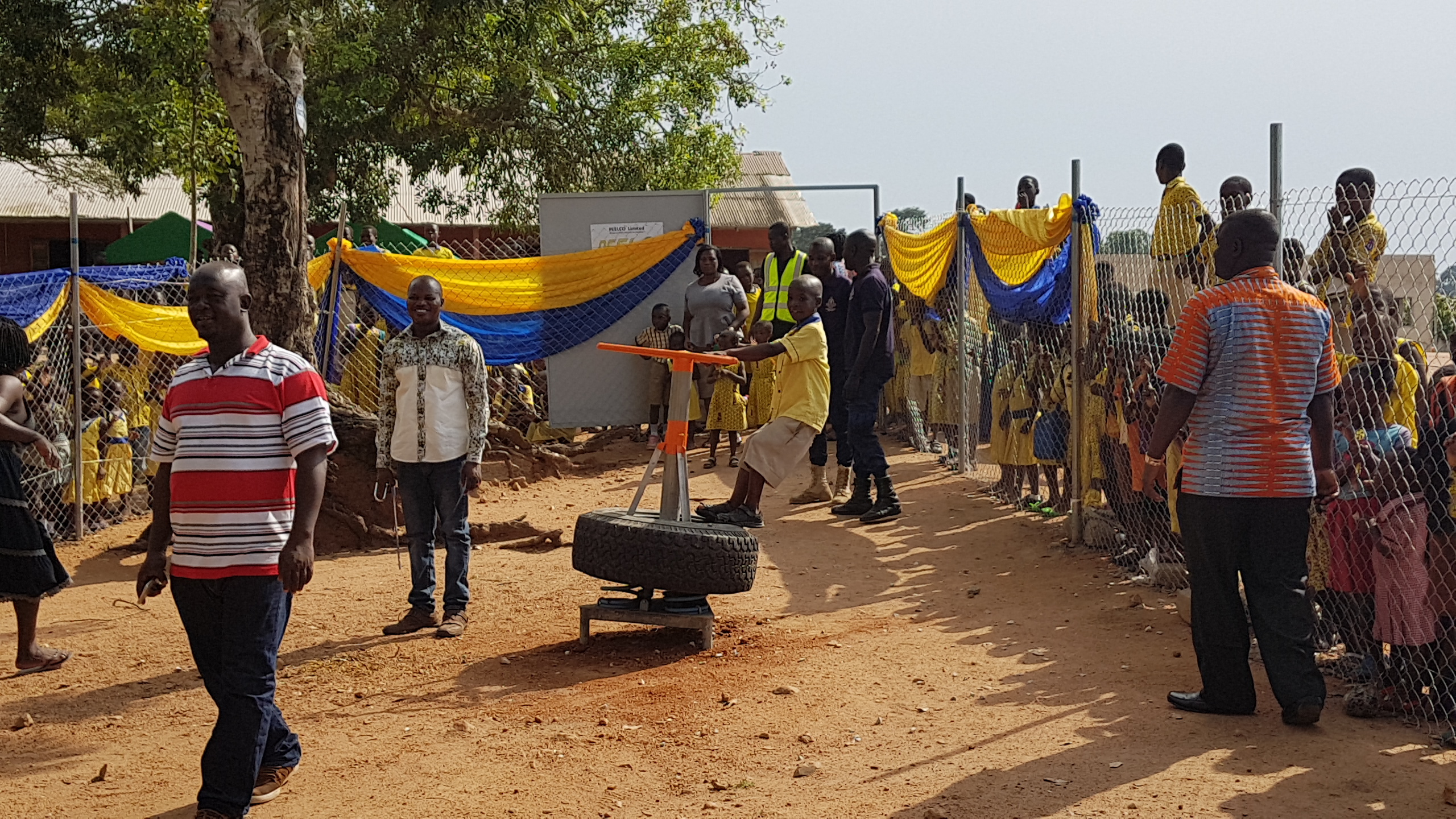 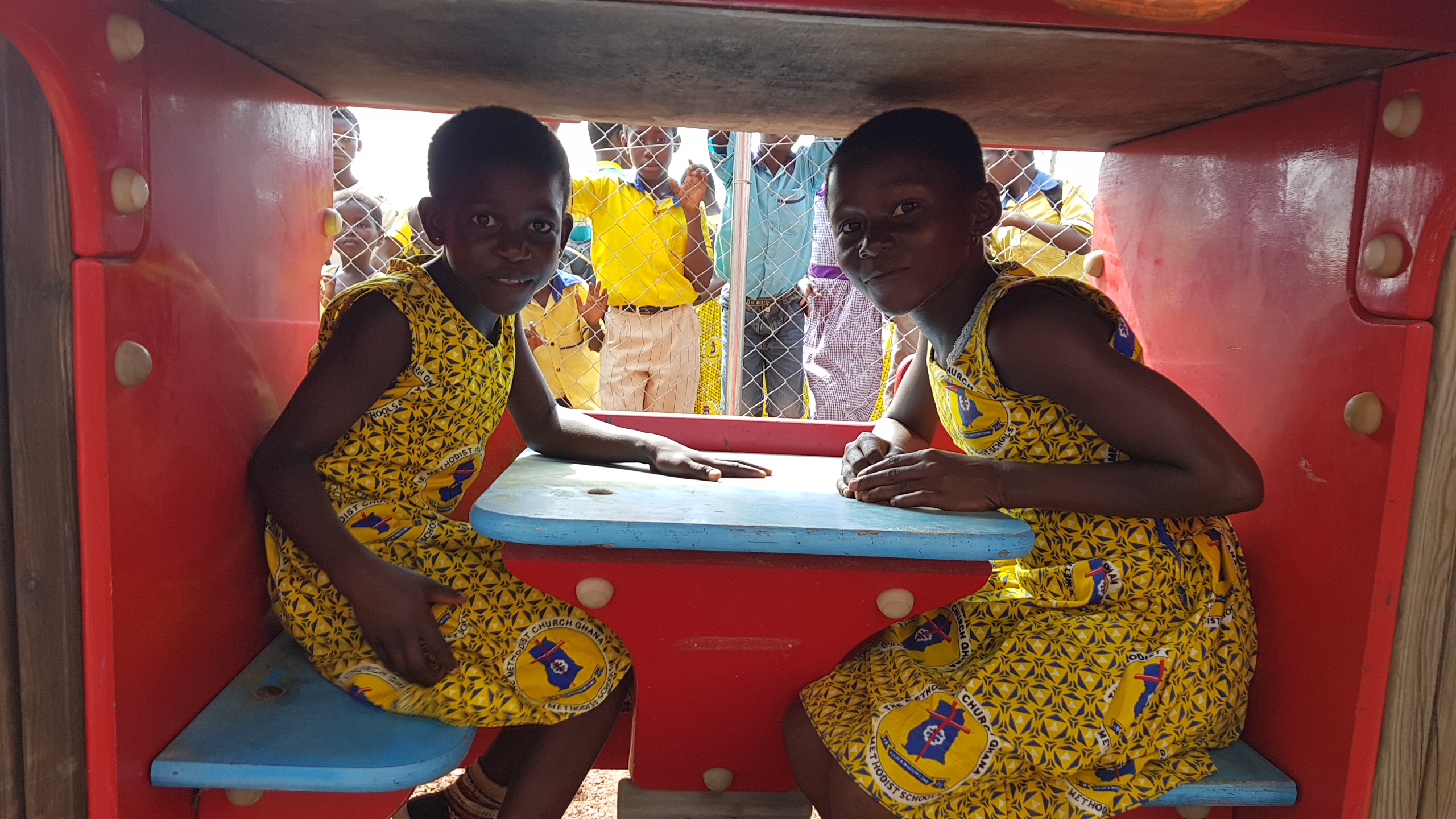 Small but nice: the wooden house 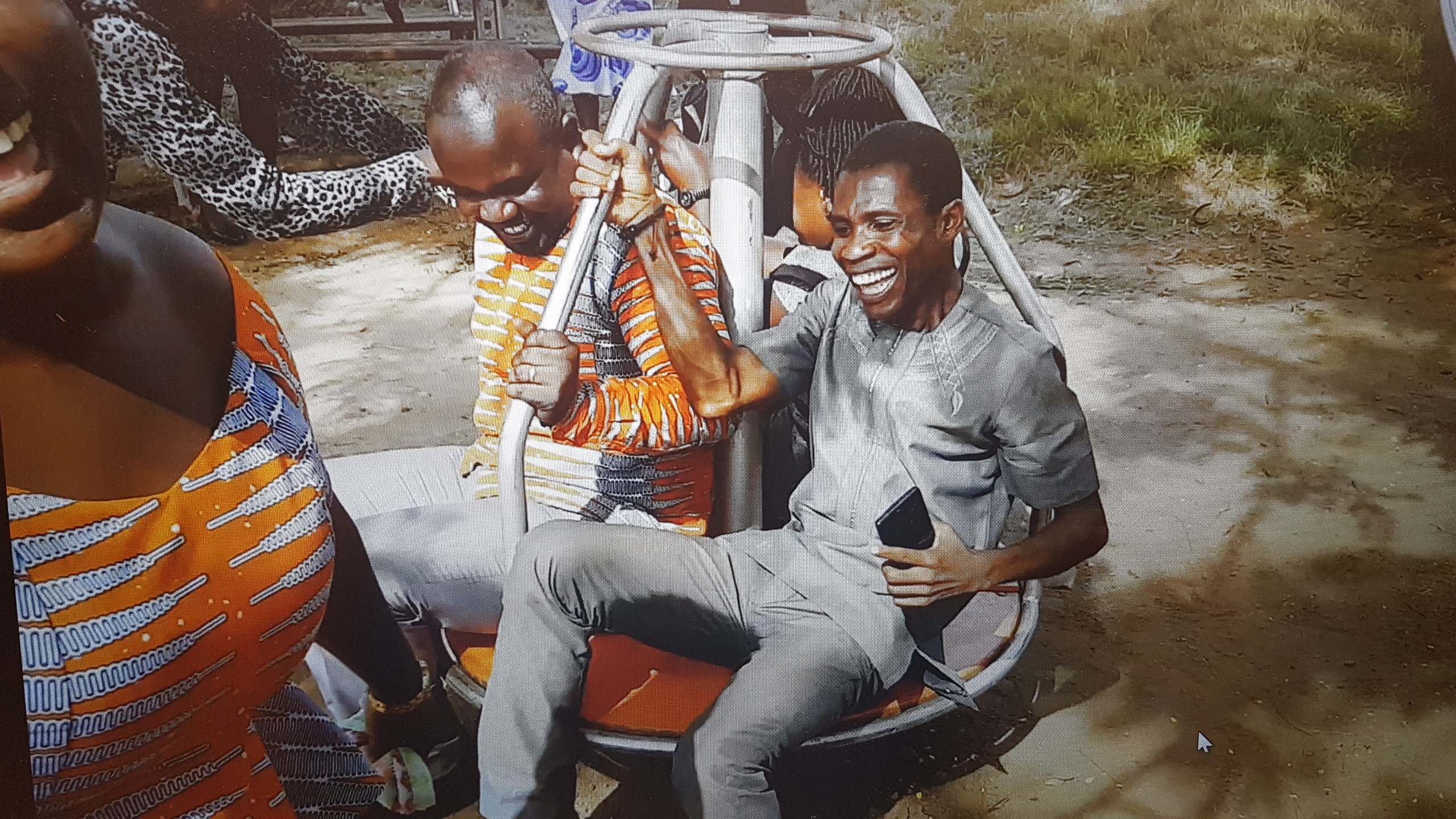 Are they allowed to do that? Even the school management has fun! 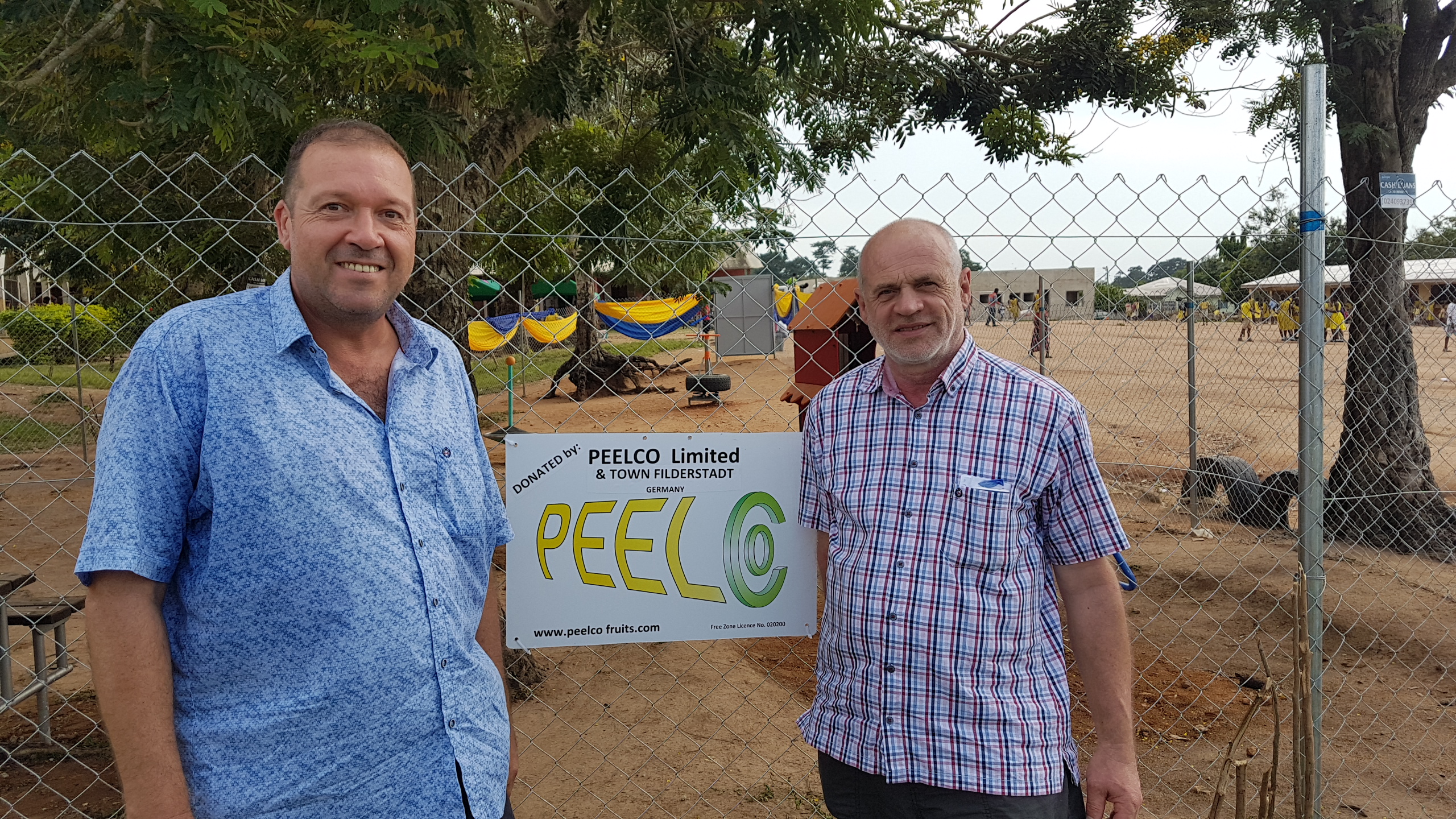 The next playground is sure to come! Many thanks to all helpers! (Frank Oberschilp (left), Fritz Schumacher)